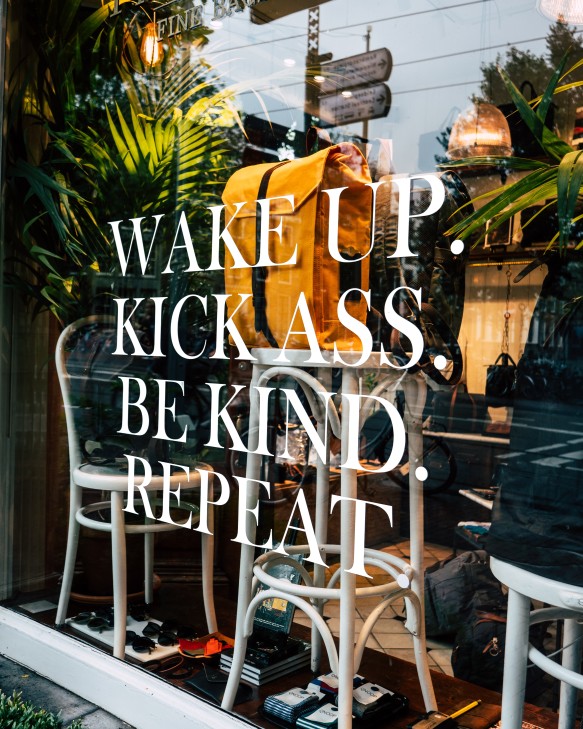 We need a Social Media 2.0 that creates community instead of turning us into lonely braggarts.

The culture nurtured on social media often results in bullying and suicide and generally brings out the worst in people.

But what if it could be different?

Like many of you, I also have experienced some of the side effects of social media, including losing friends, feeling my life wasn’t like others, social isolation, bragging way too much, saying things I would never say in person, making posts and tweets that no one responded to, and receiving unwarranted brutal criticism.

At the time, I didn’t realize that it was social media that was bringing out the worst in many of my social interactions and making me feel awkward about my life. Once it clicked (during the 2016 election cycle, when the vitriol and hate came out in full force), I realized this form of socializing was doing more harm than good in terms of my self-image and relationships.

It became clear that my connections on social media and I were hurting our self-esteem and wasting our precious time in front of a screen, using social media.

So I quit most social media and reduced my usage dramatically.

Not coincidentally, I had finished my doctorate in psychology about eight months prior. It was through these studies and later research that I began thinking about the problems that resulted in my social media exodus.

The inventor of the World Wide Web, Sir Tim Berners-Lee, stated in 2017 that he fears nothing good will ever come out of the internet and that its future is in peril. While not talking specifically about social media, he wrote in a letter published to the World Wide Web Foundation, “I imagined the web as an open platform that would allow everyone, everywhere, to share information, access opportunities, and collaborate across geographic and cultural boundaries.”

He went on to share that he was dismayed that it hasn’t become that.

Psychologists worldwide have conducted numerous studies showing that, among other things, using popular social media results in envying others, negatively affects self-esteem, and increases the likelihood that you will say terrible things to others.

Yet while many have identified the flaws of social media, in terms of how it negatively affects people, relationships, and careers, no one has really gone the next step to explain what the solutions are.

As a business attorney with an MBA and a doctorate in psychology, and as the lead web developer at BreakDiving.io (a social media site), I have spent a lot of time analyzing social media from three prongs: the psychological prong, the legal prong, and the business prong. So if there were a social media 2.0, what would it look like in an ideal world?

As long as social media companies prioritize profit over people, they will inevitably disrupt our lives in some malignant fashion. Such companies don’t have the user’s best interests at heart. When a social media site becomes so large that it is essentially a “public utility” that is beholden to shareholders, it will constantly struggle to serve the public with a good conscience. We’ve seen this happen with Facebook and Twitter.

One solution may be to break up large social media sites, but it would be better if we could fix this problem without government intervention.

First, social media sites probably shouldn’t formally be regulated by the government as utilities. Further, the companies would probably find it easier to serve their users if they weren’t privately or publicly held companies either.

It may be best if social media companies were not-for-profits: run independently as C corporations, but 100 percent in the interest of the public. It doesn’t mean the employees can’t be paid six-figure salaries (the musicians of the New York Philharmonic make nearly $150,000 per year, according to The New York Times), but it does keep the company focused on the public’s interest, rather than doing everything and anything to increase shareholder value at the expense of member value.

Instead of selling out every member’s private data, how about not using member data to send targeted advertising to members in the first place? Unless, of course, this is something users knowingly opt-in to and can easily control.

Such advertising would probably better serve members in the form of not-targeted corporate sponsorships of the site, or via some other mechanism to put privacy and user experience first.

Can the service still be free? Yes, through donations and modest membership fees from those who believe in the not-for-profit mission.

Further, social media 2.0 can use the gaming world’s freemium model to encourage growth: It’s free to join and use all critical features, but if you want to move more quickly or unlock bonus features, you have to pay a small fee to do so. Your privacy is secure, whether you pay for the service or use the free plan.

3.  Social Media 2.0 Needs a Positive Philosophy That Can Foster Community

In fact, usually, there is no overarching philosophy that unites the membership, or if there is, the members don’t understand it. As a result, most social media has no real way to protect its communities against trolls, bullies, or behaviors that lead to self-esteem busting, discouragement, loneliness, or just members who unknowingly violate the terms of service.

4. Social Media 2.0 Should Have Fair and Easy-to-Understand Terms of Service

The “click this box if you agree” model, while deemed legal in all states, is a travesty of justice. No one reads them, those who do probably don’t understand them, and even if they do, they are one-sided agreements with no room for negotiation, written entirely in favor of the corporation.

Further, in most situations, you have given up your right to file a lawsuit, you don’t have clear control of your copyrighted material, and whether you are kicked off is completely arbitrary with no appeal processes should you wish to be reinstated.

Consider this: On most sites, you can be kicked off or blocked for “hate speech.” How can such a nebulous concept with multitudinous definitions be included in a legal contract? Who makes the determination of what constitutes “hate speech”? Why is such nebulous behavior grounds for immediate termination without a prior review process? Why is there a double-standard when two people do exactly the same thing, i.e. one is booted, and the other is not?

These agreements need to change; they need to be easier to understand, more focused on the user, and the companies need to be more clear in their explanations of these agreements. Why? So the little guy who has no opportunity at all to negotiate even one word in those agreements can feel better using the service—and understand what is being agreed to.

5. Social Media 2.0 Should Give Purpose and Direction to Its Members

Modern social media companies have become huge, and yet have no guiding light or principles for their members. Facebook and Twitter have become the modern version of the 1990s phone.

A phone itself is neither good nor bad, but it can be used for both. The same is true with social media.

However, the potential for destruction via a 1990s phone is limited to hitting someone with it, a stealthy recording, or a few people on the other end of the line. Telephones don’t broaden the potential audience to so many people as social media does, which permits one person to disseminate informal unfiltered information to mass amounts of people, and usually in a public forum.

Much of the negativity on Facebook and Twitter, therefore, is due to a lack of training of its members, and a failure to clearly communicate expectations. Unless management sets the tone, keeping everything running smoothly on the front end, it’s going to break down into chaos, as it already has on most of the mainstream social media sites.

Chaos can be avoided via direction and purpose provided by management up front, not by merely removing members who violate terms they never read and wouldn’t fully understand anyway. Social media companies would better serve their members by instilling a noble belief system up front. If every member understands the clear, noble purpose expected of him or her—rather than the site just being a generic free-for-all—that purpose can find expression.

6. Social Media 2.0 Should Use Psychology Only to Improve the User Experience

Big social media employs countless psychologists to exploit users by getting them to spend more time on their sites, buy more stuff, or engage in certain profitable activities. In that process, they use psychology to take advantage of you, your friendships, your anxieties, and your dreams.

Instead, they should analyze user experience to help our members improve themselves or their lives and avoid the deleterious psychological or physical effect.

Recently, Instagram has apparently modified its platform so that likes are no longer publicly visible. This is a step in the right direction because it recognizes that making posts specifically to gain public likes is not good for mental health: If you get many likes, you become cocky; if you don’t get many likes, you lose confidence and self-worth. Neither result is laudable.

By and large, big social media companies don’t seem to truly care about creating and building friendships. Their focus seems to be almost wholly about increasing user screen time—the more time you spend in front of the screen, the more stuff advertisers can try to sell you. There are only two problems: It’s not good for you, the user; and real relationships are forged in the real world, not online.

Social media 2.0 should recognize that the noblest ideal would be to create a social media platform that helps build true real-life friendships and help carry those strong connections out into the world, with real-life get-togethers.

In other words, a social media site itself should merely be a means to keep everyone in touch in between real-life meetings. Most social media today, however, has not done that. Instead, it has become a sub-par substitute for genuine friendship, true networking, and real-life interaction. Social media should be used to get people out into the world, not hole them up in a virtual world that doesn’t really exist.

–Dr. Monroe Mann, PhD, Attorney, MBA, ME holds a doctorate in psychology and is the author of “Time Zen”, “Successful New Year”, and “T.R.U.S.T.”.  He is the founder and coding projects manager at BreakDiving.io, the most inspiring social media site on the web.  More info: monroemann.com; breakdiving.io; youtube.com/monroemann

Break Diving, Inc. is a tax-exempt 501(c)(3) charitable organization.
Read all about our amazing mission at www.BreakDiving.org
Join our free community at www.breakdiving.io
Like what we do?  Please make a feel-good donation!
Remember to tell your friends about this www.BreakDiving.blog

Photo by Chris Curry on Unsplash