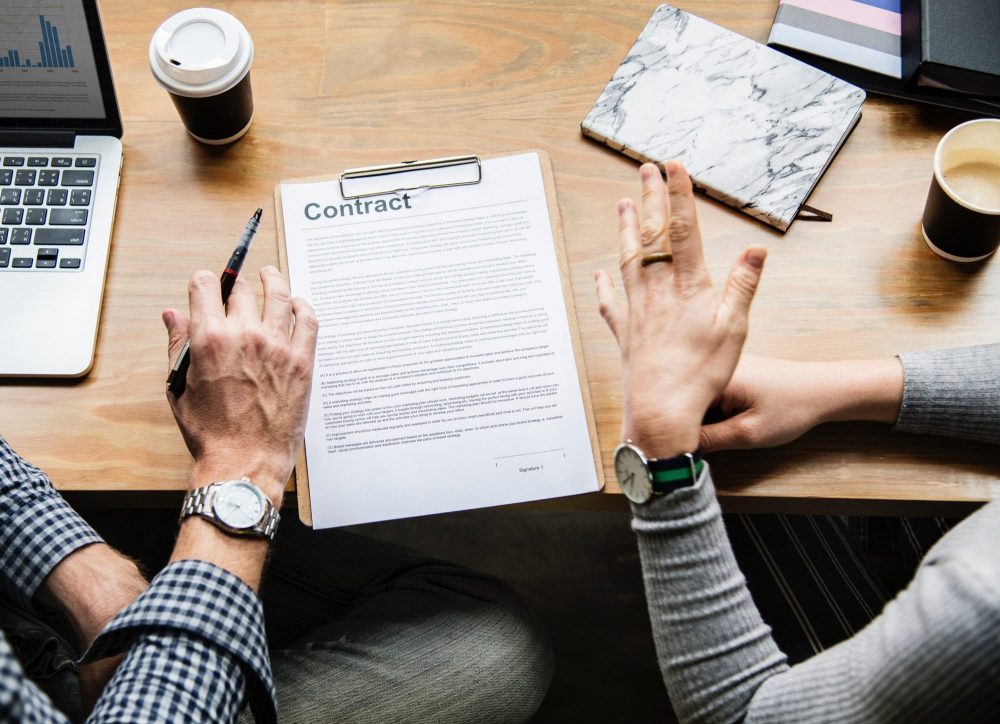 That means, “What’s up my friend!” in Chinese.

I am a contracts and entertainment law CLE (continuing legal education) instructor at Attorney Credits, and I recently taught a class of the same name.  We all deal with contracts on a daily basis (whether we realize it or not). It’s a treacherous and cutthroat world out there and I don’t want you to get bamboozled! So here are the top ten things I have learned as a contract attorney over the last 6 years to help make YOUR world a little less treacherous and cutthroat!

CONTRACT MISTAKE # 1: Failing to be specific

A contract should not be a broad outline covering the broad generalities of your business venture. It needs to delineate—specifically, clearly, and fully—exactly what happens, and when, and to whom, and why, and where, and how! When you read over a contract draft, check for specificity. How specific is it? The more specific it is now, the less arguments in general there will be later. All of the mistakes that follow are usually a result of not being specific enough. Read on and see what I mean…

The more vague a sentence is, the easier it will be for the other side to interpret it to their advantage. You need to make sure that you read each word in a contract clause very carefully. What does this word mean? What does it mean in daily life? What does it mean in this sentence? Is it defined the same or differently elsewhere in the contract? In what ways? Will the word be defined the same way by both parties? If not, why not? Etc. These are questions to ask DURING THE NEGOTIATION, not later, once there is a problem.

Often, parties to a contract are just so eager to get into business that they are only concerned about the here and now. They consider success, yes, but never GREAT success. As crazy as it may seem, even a small tiny film production company should role-play multi-million dollar success scenarios. Here, you are not asking what will happen if things go wrong. Rather, you are asking what will happen when things go RIGHT? Will the parties be treated the same way should great success arrive? In what ways? Which party will have the upper hand? Why? What happens if instead of making $10,000 the first year, you make $10,000,000? Does the contract still make sense on such a grand scale of success? Is the power sharing between parties still accurately and adequately described?

CONTRACT MISTAKE # 5: Using legalese, awkward language, and sentences that are not easily understood

Years ago, contracts were consistently written using very high concept esoteric legal words and long-winded multiple clause sentences that made no sense even to the person who drafted them. No longer (or at least they shouldn’t be). Bottom line: A child should be able to read your contract and figure out what happens when, under which circumstances, and to whom. If a sentence is hard to understand, it needs to be rewritten. Why? If it’s hard for you to understand, it may also be hard for a judge and/or jury to understand too. You need to make sure that you are signing a contract that you (and others) will understand. It seems so logical, and yet time and again, I see people signing contracts with clauses they didn’t understand. And then when there’s a problem, they say, “Oh, but I didn’t know it meant THAT!”

CONTRACT MISTAKE # 6: Not taking the time to consider what happens from a legal sense if there’s a problem (ie. Venue, law, etc)

Another issue to consider is the practical aspects of what happens should legal action need to be taken. For example, does each party have the right to file a lawsuit, or can problems only be resolved through arbitration? In either case, which state’s law will apply? In which states can a lawsuit be filed? If arbitration, who will arbitrate? According to which rules? Which side will benefit more from an arbitration? From a lawsuit? Yes, this is totally boring, and it is very demoralizing because it is explicitly planning for failure, but plan for failure you must because you are merely PREPARING for the worst. If all goes well, great, and this may the only time you ever read this part of the contract. But if something does go wrong, spending time on this section up front could save your very hide.

CONTRACT MISTAKE # 7: Not getting it in writing. Or, waiting too long to put it in writing, i.e. haste makes waste (deal already underway)

In the excitement and haste to get a project going, some people simply decide to trust the other party, without ever putting the contract terms in writing. Here’s the thing: waiting a day or a week is really not going to slow things down that much, and if the other party is not willing to wait, then often that’s a red flag anyway. PUT IT IN WRITING. Even if it’s just an email, or even on a napkin, PUT IT IN WRITING. I have heard countless stories from showbiz clients telling me that they decided on a handshake to start working together, planning to do a contract later because they had an ‘understanding’, but ‘later’ came sooner than expected (along with a host of problems about who gets what), and voila, the person is often totally screwed because he didn’t think there would ever BE a problem. The only ‘understanding’ that matters is of the written variety. I need to say it again: GET. IT. IN. WRITING. The only understanding that matters is of the written variety.

CONTRACT MISTAKE # 8: Losing your copy of the contract

It happens sometimes. Maybe you are moving and you misplace it. Maybe you threw it out by mistake. Whatever the issue, it makes things VERY awkward, because it means you will have to ask the other party to send a copy of the contract to you. This is very awkward. Why? Well, the very moment you need to look at the contract is probably also the very moment you are having a legal squabble with the other party. Is that really the best time to be asking them to send you a copy of the contract? It just looks bad. Moreover, if you don’t have a copy of the contract, then you can’t look at it every few months to see if everything is still moving forward according to the agreement. Don’t lose the contract! As an additional safeguard, take photos/scans and save them on your hard drive.

CONTRACT MISTAKE # 9: Reading the contract only from your vantage point

This is an understandable mistake, but it’s a very serious one nonetheless. Most people simply read the contract from their own point of view, asking what will happen to THEM themselves if and when there is a failure or a success. This is an amateur way to look at a contract. You need to also pretend that you are the other party, and read every sentence from THEIR point of view. When you do this, new interpretations of the contract clauses and words will arise, and this is important, because it will allow you to not only understand the contract fully, but this knowledge will also allow you revise the contract to make it more fair and/or favorable to your side.

CONTRACT MISTAKE # 10: Letting yourself or your lawyer screw the deal by being too nitpicky

Finally, you need to remember something: YOU are the CEO of your deal and your contract, NOT the lawyer. A lawyer’s job is to protect you and your interests, yes, but not to the point of becoming so unwilling to compromise that you lose the deal. Very rarely will a contract be 100% perfect, and you need to go into any negotiation knowing that if you insist on absolutely everything being done your way, you will probably never get a deal. I have seen a number of deals go sour simply because the other party’s attorney refused to play anything but hardball. Party A wanted the deal to happen, but because Party B listened to his attorney constantly (instead of his heart), Party A would consistently simply give up and walk away from the negotiations. Yes, sometimes ‘no compromise’ is the best course of action, but that is very rare. Figure out which battles to fight, and which battles to surrender, and the person who needs to decide this is NOT your attorney; it is YOU. Don’t be a pushover with your attorney. Remember who your lawyer is working for. You. The CEO. Got it?

BONUS MISTAKE: Believing that something is ‘non-negotiable’. Folks, EVERYTHING is negotiable. If someone says otherwise, it simply means that YOU haven’t given him a good reason to negotiate. I promise that everything (EEVVEERRRYTTHHIINNG!!!!) is negotiable if you simply figure out what the other side wants. Figure that out, and give the other side what they want, and voilà: down come their defenses. If you want someone to negotiate with you, just do one simple thing: THINK. Use your brain. It’s a rare thing these days, so if you can do it, you’ll have the upper hand.

I hope this is helpful!

* Want to discuss this live with other members?  Come join our FREE online community today: www.breakdiving.io