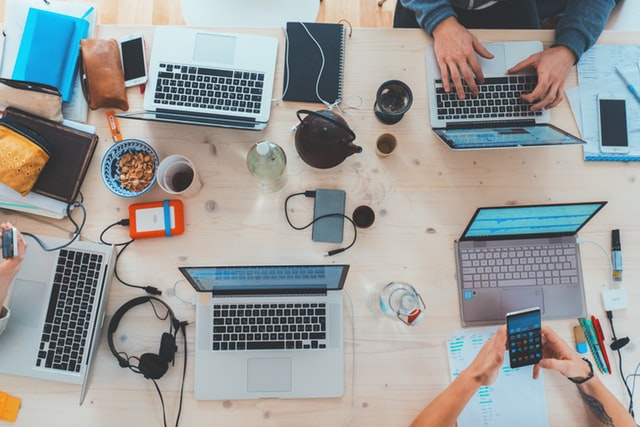 by Zaher Talab
A Break Diver in Syria

Life is dramatically changing thanks to technology. One of these changes is now known as an online Massive Open Online Course for distant learning (MOOC). But is this the first time something was invented for distant learning? The truth is that distance learning or remote education is not something that just appeared with the internet. There was always remote learning (for example, education via videotapes, radio, and traditional mail), but the new features in MOOC courses have taken distance learning to a whole new level, and are better than any other remote education system you may have encountered.

For many reasons, the MOOC evolution was considered a revolution in our education systems. Through MOOCs, we can use online videos, receive immediate exam results, conduct peer reviews, read students comments, and more. But the most important advantage is that most of these courses are from the top universities around the world. This fact alone really will revolutionize higher education worldwide. For the first time, poor people and those who for any reason can’t enroll in traditional education now can study virtually any available discipline, from real top educational institutions! This is a very important step in human history, and similar to the invention of the printing press. Now hundreds of millions of poor people, busy moms and dads, elderly, distant populations living in the suburbs and rural areas, and more, can reach for some form of higher education.

While the education through these MOOCs is not the same as actually attending and graduating from a university, this process will still educate a lot of people, and give them valuable knowledge and skills. Yes, there is still a lot of progress to improve the MOOC format (for example, to give full certified degrees through a MOOC), but it’s a step in the right direction. In this article, I will tell you my success story studying using the MOOC system.

In my school stage, in the nineties, I high grades, and my ambition fell between two options: 1) New physics, or 2) social sciences. I was fascinated with both options. The first one I loved in my early childhood, and the second I fell in love with as a teenager. However, unfortunately, I didn’t the chance to study either of them!

The new physics isn’t available in my Arab universities, as there was only the classic physics that make you a traditional physics teacher in secondary schools. This wasn’t my ambition. I wanted to be like Brian Greene! To be realistic, this ambition would require a lot of traveling, which wasn’t my favorite choice. After that, I thought to pursue my second ambition: to be a social scientist such as Samuel Huntington! But this option also was not available in the new editions in my country. They only offered the social sciences in a traditional track to become a social teacher at some secondary school.

My father also suffered in his life to reach his ambitions. But he was able to finish his architecture degree at the age of 30! This taught me a lesson to seize on my ambitions, but my poor circumstances forced me to study not what I wanted, but whatever was available to me. Eventually, in 2002, I found myself at an associate college of two years to become a radiology x-ray technician. It wasn’t what I wanted. It was a hard life for me, and I wish I had better choices. After I had finished the program, I found a job in a hospital, and quickly found myself not satisfied with my life track. At the same time, I was thankful for God that my career is easy and not bad, and that I have a job, but now I was without any ability to continue my studying or change my situation! What could I do?

At that point in my life, it was 2005. I decided I had to choose my ambition precisely, to make things easier in my life. I decided I would become a social scientist. Even without any certificates, I took advantage of my first available chances by attending cultural meetings with some thinkers and writers. But I chose not to attend as a hobby as most attendees do, but rather my goal was to learn seriously and to read books. After some years (2012 – 2015), my knowledge level become very good and I was starting to feel like I really understood the subject. During this period, I also launched a blog of political issues, and attended some conferences about democratic change in the Arabic world. However, even though I was satisfied with my ‘hobby’, I still hadn’t figured out a way to make it my career And I refused let it remain just a mere hobby, for the social sciences were really my life and soul. Alas, I was still making my living by working as a radiology photographer, which left me somewhat conflicted between the two fields.

Around 2017, one of my friends began to admire the level I had reached in social sciences without any university study. He suggested for me to try studying–in any way I could–at any university. I was not convinced by this idea, but decided to do some searching about online universities and grants. I couldn’t find any grants for online studies. All I could find were traditional grants at a traditional school–something which I couldn’t commit to given my responsibility for raising a family and kids.

However, at the start of 2018, I received an advertisement about free high education online for refugees called Kiron. After more research, I discovered that it was not a complete university, but instead, a higher education organization based on a MOOC platform. At first, I was disappointed, but I soon discovered that offered support, a community and free courses with certificates. They also offered studying tracks in five disciplines: political sciences, economics, social work, mechanical engineering, and computer sciences.

I registered for the political sciences program. All programs are for two years only, with a plan for students to continue the other two years in a traditional university. For me, I want all four years to be online, so I have to study the other two years in another program to make a total of four or more years. This way of studying is allowed at this institute, but there is no accredited certificates or formal degrees once I finish. However, for me as a person with no other chances, it was a very good deal. At the same time, I felt very happy that I could study in this way: online by MOOC. While I continue to search for other alternative chances, I am happy that I was able to find some good chances for free or low price online complete program degrees.

Fast forward to today, and I have now completed more than 15 MOOC courses and have received a certificate for each. With these certificates, I feel I am now closer to achieving my dream. I’m not sure if I will have a job one day via these certificates, but at least it’s a better education than merely reading books. They have also given me a great jump in my English language skills. Finally, there are many hopes by many students worldwide that the progress of these MOOC platforms will one day be accredited so that I can use them to apply for some jobs. The most important thing for me is that I can now become a real social scientist based on knowledge I have gained from real academic courses, and I have the certificates to prove my claims!

Thanks to God, the internet, and MOOCs!

Edited by Monroe Mann, but author’s tone and language choices left as much as possible for authenticity.

Break Diving, Inc. is a tax-exempt 501(c)(3) charitable organization.
Read all about our amazing mission at www.BreakDiving.org
Join our free community at www.breakdiving.io
Like what we do?  Please make a feel-good donation!
Remember to tell your friends about this www.BreakDiving.blog

Photo by Marvin Meyer on Unsplash

2 Replies to “Thanks to God, the Internet, and MOOCs! – The MOOCs Revolution”